On This Date in Atlanta Soccer History: August 30

1970: In the Atlanta Chiefs' final match of the NASL season, they defeated the visiting Washington Darts 5-2 at Tara Stadium. Henry Largie and Art Welch each scored two goals for Atlanta with Alec Papadakis adding one. Atlanta ended the season on a six-match winning streak, but narrowly missed out on the NASL championship series. There were questions on if the Chiefs would return for the 1971 season, the Booster Club was working to raise $100,000 in season ticket sales over t
6 views0 comments
Soccer Down Here

What We're Watching This Weekend with Fanatiz

We're excited to announce that Fanatiz is now part of the SDH family. You can support the show by subscribing to Fanatiz at the following link: www.fntz.co/SoccerDownHere. Fanatiz is a high value streaming platform that broadcasts sporting events and channels online, live and on VOD. With a monthly or annual subscription, you can access the best sports content on all your screens and favorite devices. You can watch channels like beIN Sports, GolTV, and Real Madrid TV in bo
15 views0 comments
Soccer Down Here

On This Date in Atlanta Soccer History: August 28

1968: Santos of Brazil defeated the Atlanta Chiefs 6-2 at Atlanta Stadium in front of the largest crowd for a soccer match in the Southeast at that time. Atlanta actually opened the scoring in the first minute. Emment Kapengwe said: “We won the toss and our captain Vic chose the kick-off. Our number nine put the ball to Fred who flicked it back to Vic at four. Then Vic passed a long ball to me on the Santos goal mouth. I fed the ball back to Fred who blasted home the opener u
6 views0 comments
Soccer Down Here

by Jason Longshore We had some requests for a throwback scarf and we decided to combine a couple of elements from our history into this special, limited edition scarf. Jarrett and I started the Peachtree Post weekly podcast in mid-2016 and it grew quickly into the Soccer Down Here daily show that continues today. Our first SDH scarf had our signoff, "Mucha Plata Y'all" on one side and we've brought that back here too. This is a one-time print and there are only a few left f
10 views0 comments
Soccer Down Here

3 Important Match Windows for the USMNT During World Cup Qualifiers

by Bart Keeler (photo courtesy of Orlando City SC) Fans of the U.S. men’s national team have been waiting four years for a chance to watch their team reclaim a spot in the FIFA World Cup. On Wednesday, the USMNT saw its road to redemption unfold. The 14 matches over seven two-match windows filled with each ball selected. Immediately after the rush that came with the draw for the Concacaf Qualifiers for the FIFA World Cup Qatar 2022, anxiety set in. For good reason, USMNT fans
13 views0 comments
Soccer Down Here

by Bart Keeler Concacaf conducted its World Cup Qualifying Preliminary Draw yesterday and the USMNT learned its schedule for the qualifying process, starting June 2021. Yesterday, the U.S. men’s national soccer team found out its qualification schedule for the 2022 FIFA World Cup in Qatar. FIFA conducted the draw for the Concacaf Qualifiers for the FIFA World Cup Qatar 2022 at its headquarters in Zurich. Due to its second-highest FIFA ranking in the region, the USMNT automati
29 views0 comments
Soccer Down Here

On This Date in Atlanta Soccer History: August 18

1971: Nick Papadakis scored the only goal for the Atlanta Chiefs in their 1-0 win at Busch Stadium against the St. Louis Stars. The goal came in the 87th minute and was disputed by the Stars' players. Per Doug Grow of the St. Louis Post-Dispatch, St. Louis players shoved the referee and assistant referee and threw a "few wild swings" that did not connect. Stars executive vice president and U.S. Soccer Hall of Fame member Walter Giesler said: "I've seen some terrible calls, s
4 views0 comments
Soccer Down Here

Four of the top flight leagues are back underway in South America, while six are waiting to get started again. Venezuela and Chile: Neither one has a date set for their return. Chilean teams are currently training. Venezuela has proposed multiple bubbles for their return to play in late August, but nothing has been finalized. Bolivia: The national team will start training on September 1 with the clubs set to return to play later that month. Colombia: Teams are training curr
5 views0 comments
Soccer Down Here

On This Day in Atlanta Soccer History: August 15

1970: Art Welch's hat trick carried the Atlanta Chiefs to a 5-2 win on the road against the Dallas Tornado in NASL play. The 3 goals from Welch took him to 10 for the season at that point. Dave Metchick and Henry Largie also scored for Atlanta, Kirk Apostolidis scored twice for Dallas in the loss. 1978: More news was revealed about the return of the Atlanta Chiefs after Dick Cecil and Al Thornwill bought the Colorado Caribous to move them to Atlanta. The purchase price of t
4 views0 comments
Soccer Down Here

16-year old Efrain Morales will join Atlanta United as a MLS Homegrown Player on January 1, 2021. The young defender has been part of Atlanta's academy from the first class, progressing to the point that he has earned U.S. Youth National Team call-ups through the U17 level and a trial earlier this year with Manchester United. Vice President and Technical Director Carlos Bocanegra said: “We’re pleased to announce Efrain as our latest product to sign out of our Academy. Efrain
4 views0 comments
Soccer Down Here

On This Date in Atlanta Soccer History: August 9

A look back at Atlanta soccer history that happened on August 9.
7 views0 comments 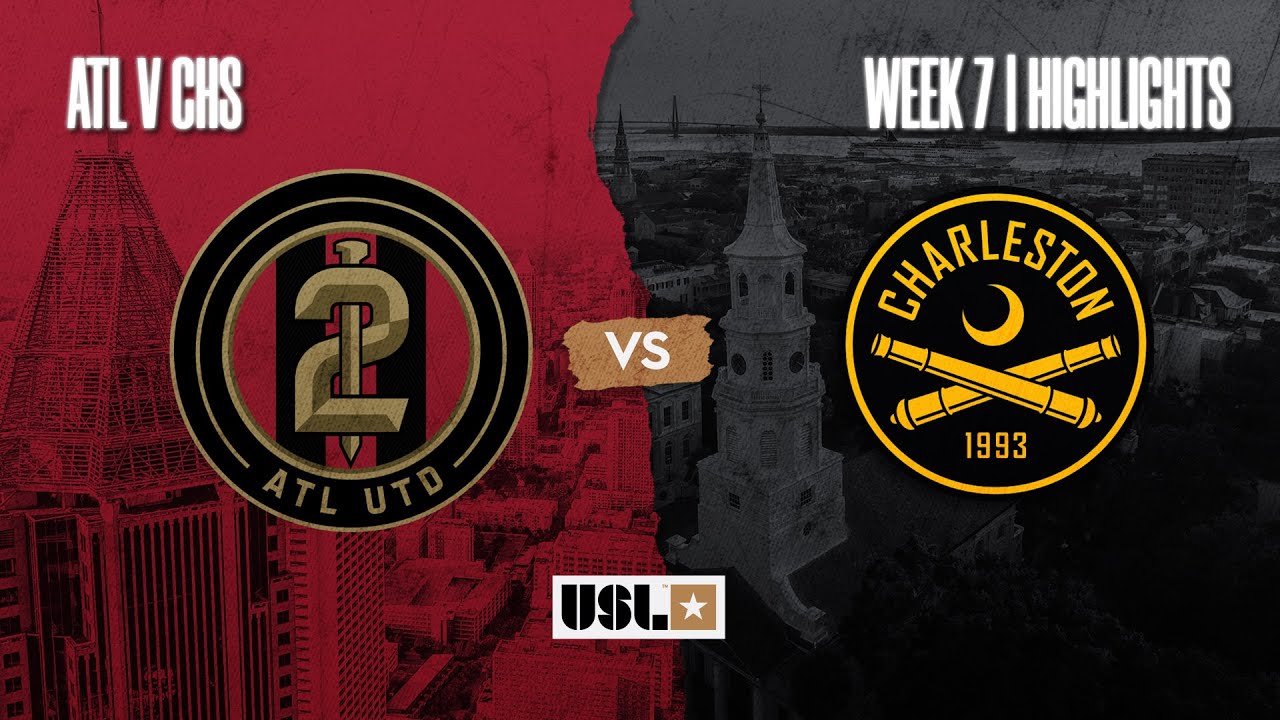 Late heartbreak for the 2's

A strong performance from Atlanta United 2 only resulted in a 1-1 draw after Charleston's Mauro Cichero scored in the fourth minute of stoppage time on Wednesday night. Amadou Macky Diop scored for the second consecutive match to give Atlanta the lead in the second half. Highlights: Thoughts from interim Atlanta United 2 manager Tony Annan after the match: “I was happy with the team’s performance tonight. I think every week, every game we are getting better and better. We a
6 views0 comments
Soccer Down Here

On This Date in Atlanta Soccer History, August 2