This Week in Atlanta Soccer History: May 30-June 5

May 30 1969- Aston Villa defeated the Atlanta Chiefs 2-0 in a friendly at Atlanta Stadium in front of 5,841 fans. Barrie Hole and Willie Anderson were the goalscorers. Villa had been representing Atlanta in the NASL International Cup tournament for the past month. 1979- The Seattle Sounders defeated the Chiefs 3-1 at Atlanta-Fulton County Stadium. Jeff Bourne scored the lone Atlanta goal in front of 6,619 fans. 1981- The Chiefs beat the Dallas Tornado at Atlanta-Fulton County
1 view0 comments 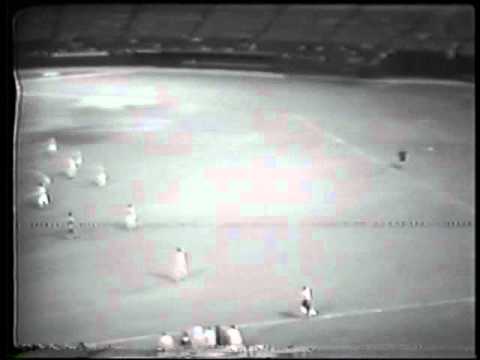 The Week in Atlanta Soccer History: May 23-29

May 23 1967- Phil Woosnam scored two goals to lead the Atlanta Chiefs to a 4-1 win on the road over the Toronto Falcons. 1970- The Atlanta Chiefs won 1-0 over the Kansas City Spurs at Tara Stadium in front of 2,667 fans. Graham Newton scored the winning goal. 1981- The Chiefs lost in a shootout in San Diego to the Sockers. Brian Kidd scored the lone regulation goal for Atlanta. 1997- The Atlanta Ruckus defeated the Vancouver 86ers 3-2 at Roswell Stadium in front of 2,809 fans
4 views0 comments

Welcome to one of the weirdest weekends of the season. Weather was hell around the country and dragged out a bunch of games on Saturday and then Sunday was loaded down. Factor in some midweek games and looming US Open Cup madness and of course it was dumb. Let's see how dumb. 4 Thoughts on the Week that Was The South (Still) Got Something To Say This never gets old. The Southeast continues to just do fun and weird things out of what I assume is spite. Atlanta and Nashville pl
3 views0 comments